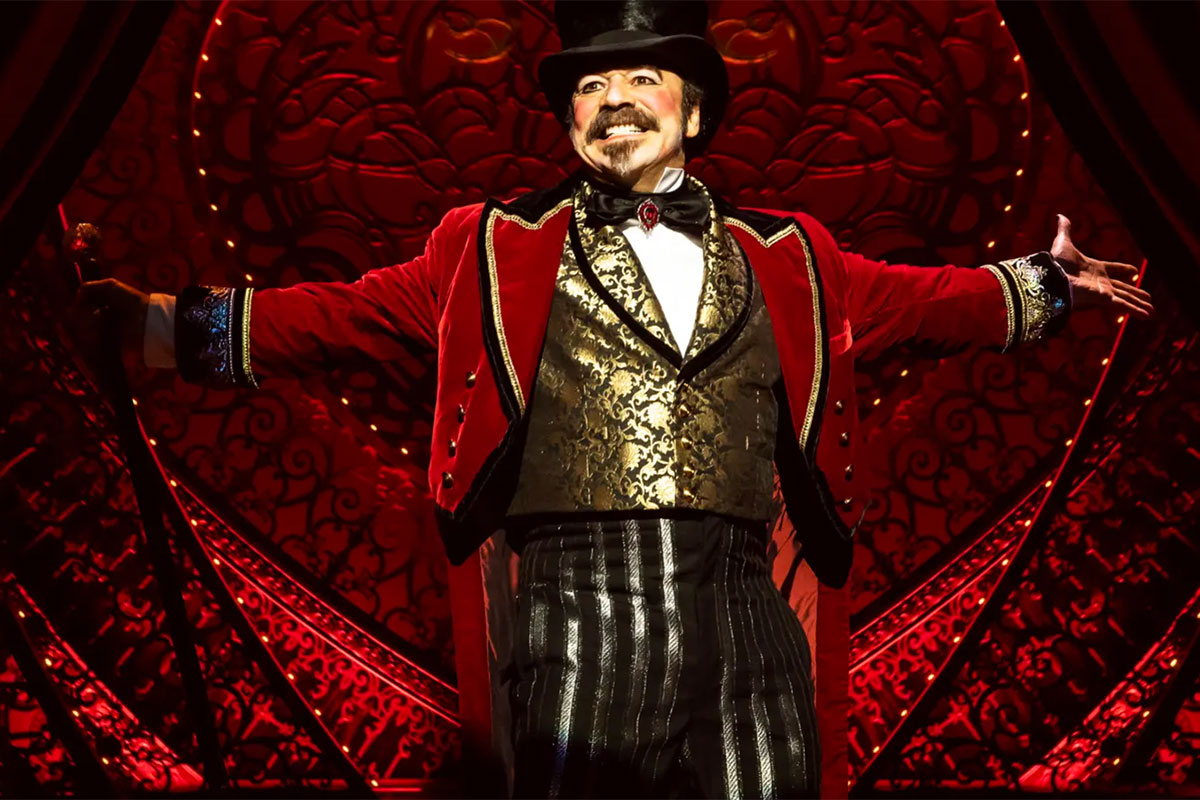 Australian musical theatre producer Carmen Pavlovic has a habit of breaking her foot just before a big show opens.

“This week I packed in so much I broke it for a third time,” she said in New York on Thursday after the premiere of her latest musical Moulin Rouge!.

“I smashed it on the bed trying to get the kids out the door on a plane back to Sydney. I fractured it during Muriel’s Wedding, I did it last year in London before Strictly Ballroom opened and I’ve fractured it twice in Moulin Rouge!”

Call it the stress of running a company, Global Creatures, that has taken on the staggeringly ambitious task of turning Australian musical theatre into a global success by staging five big-budget shows around the world in three years. Broken feet, eviscerating reviews and production mishaps haven’t deterred the company from making each project bigger, bolder and riskier too.

On Monday, they will announce that Moulin Rouge!, a stage adaptation of Baz Luhrmann’s ostentatious 2001 film, will come to Melbourne in 2021 after a run on Broadway.

Moulin Rouge! is the company’s first show not to launch in Australia before taking on the world; it opened in Boston last year then on Broadway on Thursday.

The $US28 million ($40 million) spectacle is even flashier than the film with an opulent scarlet set, actress Karen Olivo swinging from the roof as the sparkling courtesan Satine and a whiplash-like soundtrack of 70 pop songs, from Beyonce to Lady Gaga and Britney Spears, that echoes Luhrmann’s iconic soundtrack of modern music set to a 1890s storyline.

With The New York Times calling it “smart, shameless and extravagantly entertaining”, it looks like Moulin Rouge! might be the easiest child in Global Creatures’ family of musicals.

The company, set up by businessman Gerry Ryan in 2007, pivoted into musicals after building a $650 million war chest from its successful arena show, Walking With Dinosaurs, which features life-size robotic creatures and has toured 243 cites.

After five years of planning, King Kong opened in Melbourne in 2013 but critics were unimpressed and the company took another five years to rework it before opening on Broadway in 2018 to an even colder reception.

Strictly Ballroom was panned when it opened in Sydney in 2014 and had to be reworked substantially before showing in Melbourne, Leeds, Toronto and the West End, while Muriel’s Wedding is in the midst of a successful run in Sydney.

Luhrmann, who created the Strictly Ballroom musical, said it made him realise he no longer wanted to revisit his old work. Instead, he took on an arms-length advisory role for Moulin Rouge!

“I don’t really want to be making shows of things I made 20 years ago because it’s not honest,” he said on Thursday after the premiere, which he described as “electrifying”.

Luhrmann and wife Catherine Martin had lunch with Pavlovic and Ryan at their Sydney home in 2009 to talk about selling stage rights to his films. Pavlovic said they bonded over their shared vision of making local work that plays globally; Luhrmann said he was taken by Pavlovic’s knock-em-down energy.

It took another seven years to secure the rights for Moulin Rouge! from film studios and the original cabaret club in Paris – then another three to develop the show and navigate using 70 pop songs by 161 artists.

“I’ve thought a lot about the mixed results we’ve had over the years,” Pavlovic said. “I guess the thing you can’t account for is alchemy. There was just something about Moulin Rouge! though, in every part of the production, it just hummed from the outset.”