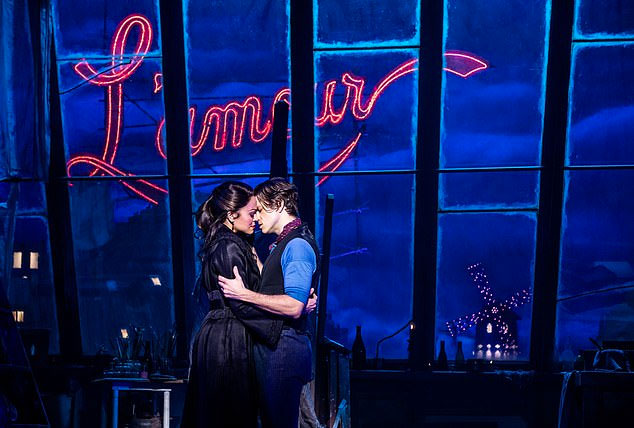 Producer Carmen Pavlovic said the musical, which has been playing to packed houses in New York, will open at the Piccadilly Theatre in 2021.

She and the show’s creative team, led by director Alex Timbers, transformed the Al Hirschfeld Theatre into Moulin’s Broadway home.

A model of the famous windmill (after which the cabaret venue is named) occupies one side of the auditorium; on the other is a wooden elephant like the one built for the real Moulin Rouge in Paris.

Moulin Rouge! features 70 rock standards — many more than the film. Timbers, Pavlovic and the show’s music supervisors spent months getting the necessary permissions. Performers are pictured above in Warsaw, Poland.

Read More At The Daily Mail